Burnsville High School and Burnsville Alternative High School students combined to earn 870 credits worth more than $464,000 in tuition through the University of Minnesota’s College in the Schools (CIS) program during the 2019-20 school year.

How are we doing activities: Speech, Debate teams still going strong in the midst of COVID-19

This year has been a challenge for everyone, requiring a great deal of flexibility, strength and creativity in order to be successful this school year.

END_OF_DOCUMENT_TOKEN_TO_BE_REPLACED

“It was a celebration of brain power and problem solving,” said Brian Ribnick, chess coordinator for Burnsville-Eagan-Savage School District 191. “Really everyone was a winner as they did their best in a spirit of friendly competition.”

Because of Community Education's investment in an online chess training site, Ribnick said players are now sound in their chess fundamentals by the time they arrive at the district championship.

“What makes the difference for players and teams is their creativity in solving the problems the chessboard throws at every move,” he said.

In the elementary level competition, the top spot was earned by Harriet Bishop Elementary, coached by Don Picard. Second and third places went to William Byrne and Edward Neill elementaries.

The primary novice event was won by Carson Schindeldecker of Rahn Elementary.

The individual district champion for grades 6-12 is 8th grader Gavin Kellen of Metcalf Middle School, who went a perfect 5-0. Runner up was Matt Nguyen and third place went to Ross Waataja, both Burnsville High School students.

The winter session of chess clubs begins in January and culminates with the state chess championships this spring. 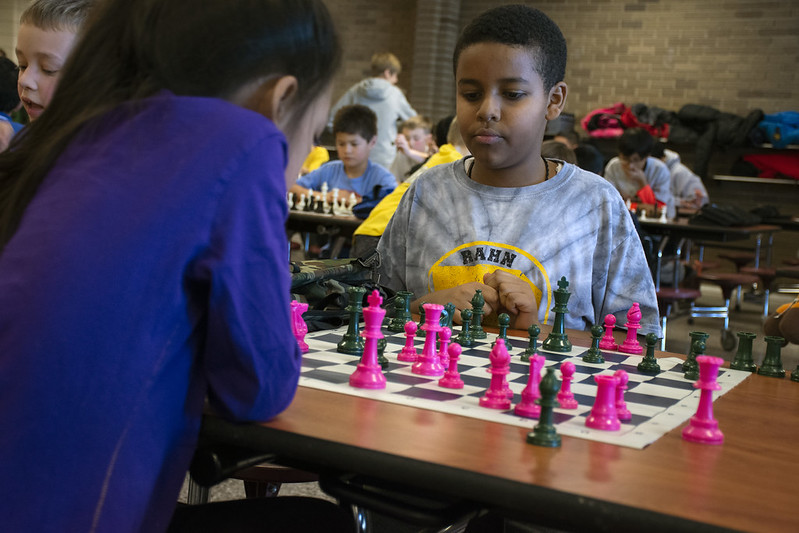