Seniors receiving an academic or athletic award were recognized at a ceremony on Monday, May 20 at 7 a.m. in the Mraz Center for the Performing Arts, located at 600 E. Hwy 13.

Congrats to Christine Maina and Sean Floersch for being selected as Burnsville High School's ExCEL (Excellence in Community, Education and Leaderhip) Award nominees.

END_OF_DOCUMENT_TOKEN_TO_BE_REPLACED 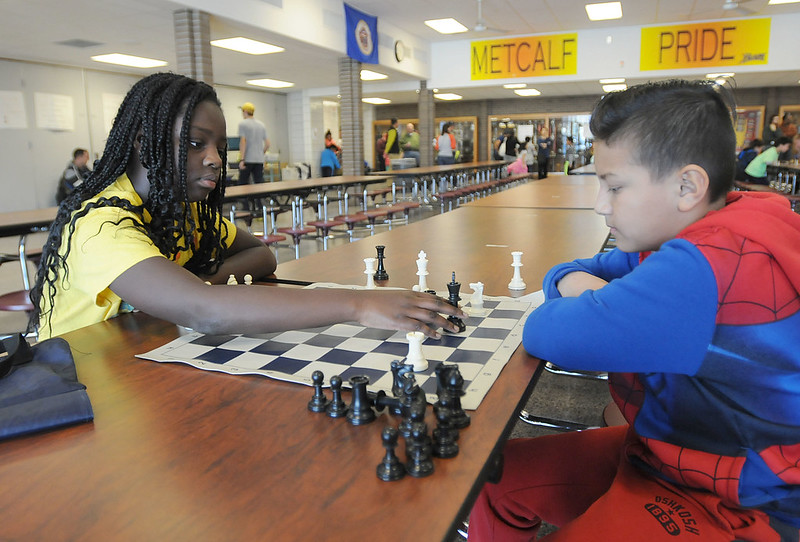 A total of 113 competitors, ages 5-18, participated in the annual Burnsville-Eagan-Savage School District 191 chess tournament at Metcalf Middle School on Dec. 9. It was the second highest attendance in 34-year history of the tournament, according to district chess coordinator Brian Ribnick, who organized and directed the event.

“District 191 is the only district in Minnesota – and one of just a few in the nation – that believes in the power of the thinking skills that chess provides such that we teach chess in all elementary schools during the school day,” said Ribnick. “Plus nearly every school in the district also has an after-school chess program to enhance these skills.”

“This year’s tournament was a huge success thanks to all the coaches, parents and youngsters who believe in celebrating the great power of the human mind and the fun of thinking,” added Ribnick. “Congratulations to all the participants. You are all winners.”

William Byrne Elementary won the team championship – a title they have won more than any team in the history of the district. Stan Kegel is the head coach at Byrne.